It is amazing what facts you can find when doing a spot of research.

For example, treas.gov has the history of the US deficit and if you count it up, from 1789 to 2009, the United States has put itself in debt to the sum a little over nine trillion dollars. That is a nine followed by TWELVE zeros. That covers two hundred and twenty years. Broken down, that is 40 billion a year or so on average. HOWEVER, in just twenty months, this regime has added three TRILLION more debt. THAT, broken down, is 150,000,000,000 a month of new debt slapped on us to the Nth generation. Cloward/Piven followed with a big dash of Saul Alinsky served up to the masses. Thank you Obama voters. Thank you Democrats.

Imam Oblamea Bush mewls that we're heading in the right direction but the Department of Labor stats sing a different song.

1.  We hit a nine month HIGH of unemployment in August. (DoL stats)

2.  Since the Democrats passed Porkulous, much to the displeasure of Americans, 2.6 million Americans have lost their jobs. Moreover, 1.2 million Americans have said the hell with looking either because they can't find a job or because the Democrat majority Congress and Senate keep passing out other people's money to them. Why work when you can get paid NOT TO? (DoL U6 figure)

But to hear this regime talk about it, we're heading in the right direction! Downward is the right direction? Only if one's desire is to bankrupt America and ruin the shining city on the hill. But don't worry America, Imam Oblamea's cry of "Cloward/Piven, full steam ahead," can be heard across the nation. Amazing that as socialist Germany runs away from Marxism and government Nannyism, their economy posted a RECORD 2.2% GROWTH. That should EMBARRASS this regime but since they WANT to ruin this country, it'll won't make a dent in that dense bone they call a skull as they run TOWARDS Marxism.

2.  Since 1913, when the "Fed" took over, the dollar is down 90% from its original point of value. (How's that government intervention working for ya?)

3.  Since 1971, when Nixon and a Democrat controlled Congress took the US off the gold standard, that accounts for a full 80% of that loss. (If it ain't BROKE, don't FIX IT!)

5.  A tax hike will happen in January 2011 when the Leftists allow Bush's tax cuts to expire. It was this kind of economic stupidity that put us into a Depression once before.

This regime has given us nothing but lies, more debt, and growing unemployment. Good GOD, our economy has been surpassed by GERMANY! But to Imam Oblamea Bush and Gaffes Biden, we're heading in the right direction? Joe Wilson was right. It must be said again that Porkulous was nothing more than a slush fund for Imam Oblamea's buddies. That almost ONE TRILLION dollars was borrowed, the debt slapped on our heads, so that votes could be bought with the funds going towards union contracts, union pension plans that were underwater, pet projects in states for democrat representatives and senators, etc, etc.

Solution? One, get rid of liberals at every level of government. They are little more than a pestilential parasite that hampers and hinders us, not helps us. REMOVE the massive amount of government intervention and nannyisms. REMOVE the government obstacles to things like drilling, mining, harvesting timber, expanding businesses, etc. ESTABLISH a business friendly environment, not one that uses class warfare to tear down CEO's, industry, and is then flummoxed when the economy crashes. Cut the corporate tax level so that business RETURNS to the US from overseas tax havens. REFORM or PRIVATIZE crapulence like Social SUCKurity so that the politicians cannot rape it and we actually GET the money WE have TAKEN FROM US! REFORM the tax laws so that it is FAIR and that ALL Americans have to paid a share, not just the rich and the middle class. THAT, is having "skin in the game." GET RID of crap like Affirmative Action that puts idiots into places like the Oval Office (Peter Principle). STOP FRICKING SPENDING AND WASTING OUR TAX DOLLARS! DITCH the UN, that would save us about 3 BILLION (or more) a year. DRILL. BUILD. MODERNIZE. REFINE. FARM. MINE. DUMP THE EPA!

Get idiots like Owl Gore and the rest of the eco-nazis, the liberal morons, the Alinskyites, the Marxists, the Maoists, etc, out of the way and watch us go. America and Americans CAN BE NUMBER ONE but only if liberals are never again allowed to run anything bigger than a lemonade stand and THEN, only under the supervision of a five year old. 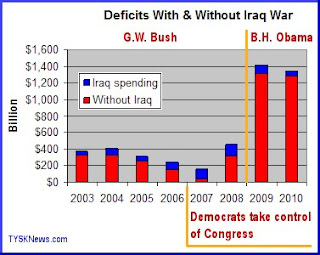 Posted by THE ANTI LIBERAL ZONE at 6:42 AM

WHERE DO YOU STAND?

THE ANTI LIBERAL ZONE
I am a retired Marine dedicated to the eradication of liberalism and the return of America to a CONSTITUTIONAL REPUBLIC. If you are a leftist, a marxist, a maoist, a statist, or a progressive, YOU ARE MY ENEMY!